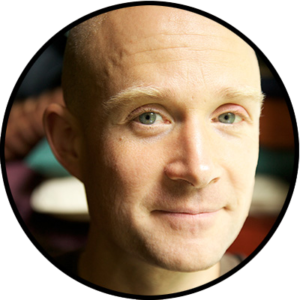 The head teacher at the Monastic Academy is Soryu Forall.

Soryu Forall has a decade of intensive monastic training, a degree in Economics from Williams College, and extensive experience in social and environmental justice. As a child, Forall saw deep suffering in the world and he knew that he must do something. Forall wanted to face the problem directly, but did not know how. As a teen, upon learning that monasteries are built for such a purpose, he traveled to Japan in order to study suffering and the end of suffering. Forall was ordained in 1998 at Sogen Temple under the tutelage of the Zen Master Shodo Harada.

After training at Sogen Temple for five years, Forall trained further at Hemis Gompa, a Kagyud Tibetan monastery in northern India; Xue Feng Si, an ancient Ch’an monastery in eastern China; and at the Sariputta Ambedkar Monastery in southern India, where he served as head monk (Ambedkar Buddhism is an influential sect that defines spiritual training as social engagement and economic justice). While there, he led peaceful protests and organized community efforts to overcome the injustice of the caste system. He also helped to raise thirty boys with the understanding that all are inconceivably valuable, regardless of family circumstance.

Forall, a native Vermonter, returned to his home state in 2008 and has continued to fight against systemic injustice and promote youth empowerment. He has created successful curriculum for mindfulness in education, trained professional mindfulness teachers all over the world, worked with high level athletes and business people on using mindfulness for high performance, and founded the Center for Mindful Learning, where he currently serves as President and head teacher.

At the Monastic Academy Soryu dedicates his life to creating the next generation of awakened leaders.

"I was refreshed, energized and nourished each day with the mindfulness practice and wonderful food. The time I spent doing my marketing work was super productive. I got more accomplished in the six work hours than I normally would in a full day. Plus, the setting reminds me of the most beautiful places in Switzerland and the people are so fun and supportive."

Will you answer the call?

Live, Work & Grow at MAPLE as a Residential Member